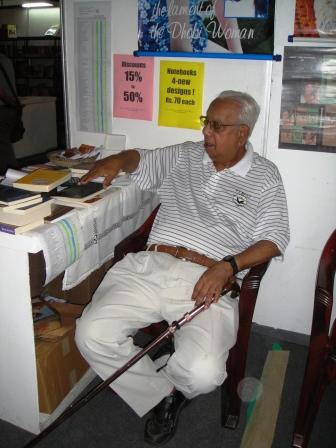 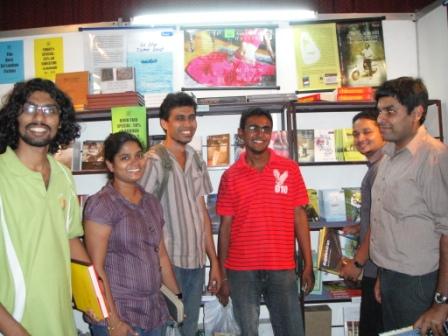 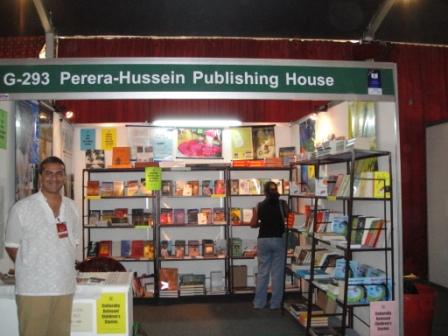 “I don’t remember the exact day I realized my mother had never wanted me. I wish I could… I did remember the hurt, but even that didn’t strike me like a sudden shaft of awareness. It was like a watery jelly that sat around forever and eventually set. It was just a matter of time.” That’s the first sentence and further down page one of Karen Roberts’ latest novel, her third, titled The Lament of the Dhobi Woman and published this year. A clever start since it immediately raises many questions in the reader’s mind. As one reads on one finds the novel intriguing, the story being the sensitive narration by a child from baby stage to age fourteen of her life, then the crisis occurs, and the conclusion is drawn by the same girl now adult and a successful painter. The story and the telling of it are fast paced with many events crowded in, so that the reader’s interest is captured by the first sentence and held. No distracting long drawn out descriptions of places or people butt in to dilute attention.

Two themes dominate the novel: the failed relationship between the protagonist and her mother; and the exploitation of marginalized servants by insensitive, discriminatory employers and their kith. Both seem to be of equal importance but while the issue of servants is hackneyed, specially with local teledramas focusing on love between unequals and sexual exploitation, the first theme is subtle and dealt with more sensitively. Catrina, or Cat for short, is the third daughter of Sarla and Lucien Fonseka, born when their two daughters are twenty and eighteen and after an unsuccessful attempt at abortion in London where Sarla flies to the moment she discovers she is with child at forty years of age. Her mother is half Sinhalese, the other being British, daughter of the “short lived marriage between a flighty English socialite and a wealthy Ceylonese diplomat.” Sarla is rich and so is Lucien Fonseka, socialites and friends of the PM (it should have read President!) who have a ball of a time all year through. They are genuinely in love with each other and perhaps the reason for very little love being given the late arrival. All through the novel Cat’s mixed feelings are described, plus the mother’s indifference bordering on neglect and cruelty. The mother is sharply drawn in description and narration of incidents. Midway there is intense hate and disloyalty by Cat, resolved at the very end. Seelawathi, the girl of fifteen from a very poor village family, is the link between the two themes. “Although I don’t exactly remember when I discovered my mother’s indifference to me and exactly when Seelawathi came to look after me, I remember when she left. How she left. One life was the price that was paid to protect our family name. To defend our family’s dubious honour. Even at fourteen I recognized that it was too high.” A visitor to the Fonseka house, Uncle Rick – a relative and close companion of Sarla – is the pivot around which the second theme and social criticism revolves. He has sex for several years with Seelawthie, making promises and gifting her trivia. He abandons her the moment he hears she is pregnant by him. Cat turning teenager is involved in this drama and intervenes, unsuccessfully, to bring justice to her mentor and friend and surrogate mother. The author says as quoted in a conversation with her appended to the book: “It concerned me then that no one seemed to acknowledge what was happening… (men of the households forcing servant girls into sexual relationships while the women in the home turned a blind eye). I suppose I wrote this book to bring it out into the open, hoping (futilely perhaps) that it shames people into changing their behavior.” I add it is a futile hope. Sri Lankan men of this gross type will not curb their appetites nor be considerate of those lower in the hierarchy.

There certainly is lamenting by many in various guises – Seelawathi, Cat, even her mother. But where does the Dhobi Woman fit in? I read till the last page with this idea of being given the meaning of the title, to find out, and then realized Karen Roberts must be using the term symbolically, as a metaphor. I read avidly the conversation with the author included in the book. No revelation. So interpret it yourself, though I am still far from a satisfying connotation/interpretation. I even consulted a dictionary wondering whether there might be an alternate meaning to the term. No, it read ‘Indian washerwoman’. And no dhobi or caste is mentioned in the entire text! Maybe its dirty linen! Style The novel moves smoothly in its narration and reading of it, though much is sharply punctuated and irradiated with strife, sorrow, grieving, stubbornness, regret and towards the end vituperation and great anger plus stubbornness. The river of the story moves over slight bumps such as lack of maternal love and then tosses with passionate turbulence, violently goes through dangerous rapids and then evens out and flows smooth and calm at the very end. Some remarkable turns of phrase and sayings hit the reader in the eye and mind. Just two examples: “I remember that the sun shone brightly in defiance of the thunderstorm of tears I cried.” “Inside her box, with her photographs and gold heart and scented soaps and handkerchiefs, she took my innocence.” Advice too is included: “Don’t fall in love. It complicates things terribly.” Commenting on the affair between Seelawathi and Uncle Rick, the young Cat says: “Many years passed before I fully understood what I had inadvertently interrupted that evening. It was a game of forfeits where only one person paid.” Subtle humour is scattered all along the narrative. Having to be dressed in a frilly concoction and dance with a boy at the wedding reception of her two sisters, Cat longs for the destruction of the church. “My wish for a natural disaster came true. Two months before the wedding, Tabby and Nina called to tell my parents they were pregnant. The brides-to-be were already mothers-to-be. … I knew they did everything together and wondered if they managed to coordinate this too.” The expensive, immensely prepared for wedding is called off.

The story starts with the birth of Catrina, the story teller. She embarks on her narration from the word go, which includes baby games, first day at school, sitting in the garden under their named Rainbow Tree with the birds around, and all the while disappointment with her mother and longing to be loved and taken affectionate notice of. Seelawathi it is who fills the gap and wholly loves and cares for the child from babyhood onwards. But once in a while the narration by the kid is a bit much to accept. If she relates an incident with hindsight it is fine but as a little girl of eleven she knows about the developing intimacy between Rick and Seelawathi. OK, precocious kid. But, she espies the two intimate in the garden and says: “I was beside my self with excitement and joy at what I’d just witnessed.” Even more to be critiqued is the passage where the girl and servant go to sleep but Uncle Rick taps on the window, calls out and the child reports the ensuing conversation and adds: “She lowered her eyes, trying to think. Then without a word, she disappeared and reappeared in the dark verandah. Her blouse rose and fell as her heart pounded with anticipation and fear.” Now that is Cat narrating. How could she know the inner feelings of her ayah? Another instance of this slip, (I use the word deliberately) – speaking of Seelawathi’s father, the narrator says: “What she did not know was that a few days later, her father was summoned to Madawela Mahattaya’s house and told to bring his eldest daughter to start work the next day, as a servant girl.” (This was with ulterior motives of the sexual kind). Now that is not given as hindsight or a repetition of something heard. Cat, aged around thirteen writes this. How did she know? Another implausible incident – to me at least – is how Cat, now aged nine, is allowed to go stay with Seelawathi in her village home when the parents depart on holiday to Switzerland and Cat refuses to accompany them. I suspect Karen Roberts wanted to describe village life for the reading pleasure of non-Sri Lankan readers, with well baths, crossing a river on a ferry and living rough but having the little girl from Colombo high society say: “I would have happily exchanged my regular life permanently for this one.” Too strong an intrusion of the author with an editorial comment? Roberts was born, bred and worked in advertising in Colombo but now is domiciled with family in California. At the end of the story, the twenty something Cat drives to the village and spends some days with Seelawathi and her eight year old daughter. She loves it. That’s believable but the former incident of parents allowing their child a stay in the village with snakes and fevers and poverty and all that. Why couldn’t Cat have stayed home safe with Seelawathi and the two kitchen women and Abey the gardener? A vehicle for eulogizing village living was needed. That’s why the implausible holiday allowed Cat. Of course, in spite of these little literary bumps that humped me in my concentrated reading, The Lament … is completely readable and enjoyable. As the back cover blurb says:” … exposes the issue of class in Colombo society and the fragile intricacies of love and forgiveness” which are perennially pertinent to us. A book by a woman for women. The publishing by Perera Hussein Publishing House is excellent with meticulous editing of script. At Rs 900 the novel is a good buy.