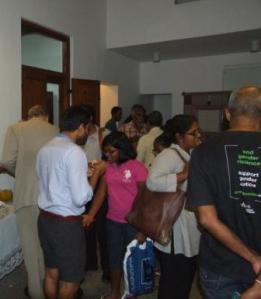 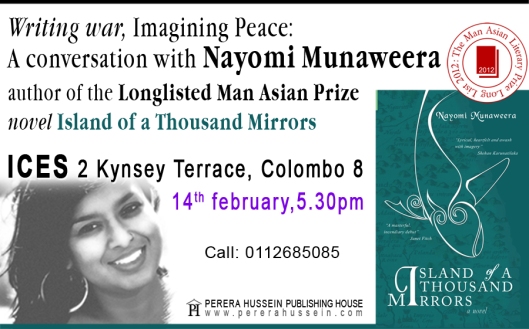 Nayomi Munaweera is a Sri Lankan-American author. Growing up in Nigeria and California, Nayomi spent months in Sri Lanka witnessing the devastation wrought upon her country of birth by civil war. These experiences led her to write her first novel, Island of a Thousand Mirrors, which was published by Perera Hussein Publishing House in late 2012. The book has received rave reviews from sources such as mother jones and Psychology Now. It was long-listed for the Man Asia Literary Prize 2012 being thus hailed as one of the 15 best books out of Asia that year. She lives in Oakland, California.